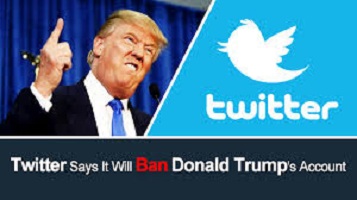 Why in the heck would Trump and Korea be of interest to the average internet or small business marketer? Here Peter Hanley explores the relationship.

We all saw last week a meeting between Kim Jong Un and Donald Trump the two bad boys of International politics.

I believe it was an all or nothing attitude as both sides had an agenda they wanted and neither side would bend.

I am not taking sides on this fence or taking into account my like or dislike of either party but I believe there are lessons to be learned from this.


First of all the setting.

The choosing of Vietnam as the site was a masterstroke of planning to romance the North Korean. It was hailed as a setting That Kim could see himself in if things changed. A vibrant community raised from the ashes of a forgotten war.

However what was forgotten in this was that Vietnam won the war against almighty America, They snubbed America for many years.

On my first trip to Vietnam, it took me a while to adjust the attitude of the Vietnamese. I missed going to fight in the country by a stroke of luck although I had many friends go and not so many returns.
I have seen first hand the terrible effect it had on those that served and returned damaged.
Ho Chi Min city has many monuments to the activity and broadly announce that they won the war. Anything is possible.

My reaction to this terrible war

I was that the number of men and effort let alone finance that was poured into the country had gone to waste.
I actually walked out of a film showing the greater Vietnam victory with tears in my eyes and anger in my heart.
Admittedly this was probably 10 years ago and their attitude to America was disliked and to Australians disdain.

Then it all changed

The Vietnamese are a smart, capable and resilient race that I came to respect and in fact like. A testament to that is my three return trips since that first visit.

They have turned the county from a basket case to a thriving and prosperous emerging nation that now has the world respect.

My point is that the location was a mixed message, you can achieve in the free world you can also Whoop America at its own game.

Are these meetings worthwhile if the leaders major in the dummy spit competition?

And what has this all got to do with you?

First things first my friends let’s dissect this a little
This is selling 101 but both parties want an outcome. America won the first meeting by charming a despot and seducing him with flattery. This lead to a second meeting.
Remember the rules of selling, Know Like and Trust.
We have two but not the trust factor.

Trump is playing the fabled game, “he who speaks first it lost”. Especially relevant is that he is playing it well and that he will win the sale in the long run. This is because he has the other guys interest. He has displayed Singapore and what management can do, Vietnam and what change can do. Your average everyday testimonials laid out to take the sale to the next level.
If Kim Jong Un wants to win he now understands his adversary is no easy pushover, a great Power play by Trump.

Is Trump this smart I hear you bellow, well yes he is.
He became very rich not because of good luck or an inherited million Bucks life is not that kind to anyone.

He became President of the USA because he understood the mood of the people and now the nuclear saviour. Well, something like that.

He is playing a great game of salesmanship with the Korean leader and when he wins you can write to me and tell me I was correct.


I am looking at the game not the players

Let’s not forget the consequences that could materialise if the Game goes really bad. This is a game for big stakes played along with the same rules we use in our daily life.

We are all in the game like it or not and what we want is a WIN-WIN solution.

Is that just like marketing anything, you play by the rules of everyone is a winner to all be happy as a result of a sales pitch-perfectly executed?
Lets back the truck up a bit and look at what we have.

Pretty common stuff hey?
So by now, you can see where I am going with this. I am looking at a sale being orchestrated and planned that relates to our everyday habits.

The players are not the principal, the rules of engagement are the guiding philosophy behind the actions and we trust they are being orchestrated to a great ending.

I can’t wait to write the final chapter when North Korea drops its potential to be a world threat and America becomes great again with massive aid and supply to another merging economy.


Or do I have Marry Poppins Syndrome?

If you are with me to here make a comment, state your beliefs because at this stage we are all correct and there are no winners.

In conclusion, I love these exercises in stretching my imagination. If you enjoyed this perhaps my rant on The Gillette Advertisement, using the Kardashians as examples or hailing a Cage fighter named McGregor as a hero.

I started writing my training blog after studying marketing at The Wealthy Affiliate. We are taught to write and how to entertain to achieve the desired objective. Mine is to help struggling entrepreneurs lift their game and achieve more in life. You will find a couple of hundred articles at New Business on line.