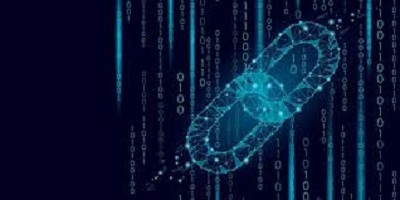 Blockchain and your business

Here Peter Hanley looks at Blockchain and your business. What is Blockchain and how will it affect you in the future. You need to understand the technology.

Wikipedia
Blockchain was invented by Satoshi Nakamoto in 2008 to serve as the public transaction ledger of the cryptocurrency bitcoin.[] The invention of the blockchain for bitcoin made it the first digital currency to solve the double-spending problem without the need of a trusted authority or central server. The bitcoin design has inspired other applications, and blockchains which are readable by the public are widely used by cryptocurrencies. Private blockchains have been proposed for business use. Sources such as the Computerworld called the marketing of such blockchains without a proper security model “snake oil”

Is Blockchain good or is it Snakeoil?

Far be it for me to dispute such an erstwhile magazine as Computerworld but I am about to start.

Computer World stated that;
Blockchain is good for low trust engagement where you don’t know who you’re dealing with, you have low trust with that person or business, but you have a ledger or series of ledgers that can give you some validation or some support,” he said.

that DTA is “not saying blockchain doesn’t have potential” but there are challenges around a lack of standardisation and consequent fragmentation.“When we get to a better standardisation the opportunities for blockchain will grow,” he said.

The opportunities for Blockchain technology is mind-boggling as we advance into a new generation.
In basis, the spread of public information in blocks is controlled by the sender and receiver and no one else can affect the outcome.

The first uses were for Cryptocurrency because there is no central database. In Fact, Blockchain is aligned with Cryptocurrencies as the transaction vehicle that makes it safe for anyone to use.
This allows the movement away from banking controlled systems and becomes truly international in its outcome.

Will the Financial monopoly stop or join Blockchain

To start with  I believe the banking industry will negatively slam the technology following the old Tobacco road. It’s not bad for your health.
A couple of court cases and adverse publicity will be front and centre until realisation sets in. BlockChain technology is here to stay.

A brief description of the technology

Cryptology The coding required for security.

Bitcoin   A standard of currency. There are many new ones of these.

So Blockchain and Bitcoins  are completely different, Currency is the money and Blockchain is the distribution medium

As technology expands the use of Blockchain will be an everyday matter not only for money but many other forms of contact.
It is not a fad, the same as many new products the uptake has its sceptics.

You, like me, maybe a bit confused about Bitcoin values. A Bitcoin is currently worth about au$9000  so who can spend that?

The Bitcoin network can never exceed 21 million coins. This is because  Bitcoin and similar currencies like  Litecoin are divisible into nearly infinitesimal amounts. In fact, the minimum quantity of transferable Bitcoin is one hundred millionth of a Bitcoin (0.00000001 Bitcoins) known colloquially as one “Satoshi.” Users of either currency should, therefore, have no difficulty purchasing low-priced goods or services, regardless of how high the general price of an undivided single Bitcoin or Litecoin.
In the olden days, the dollar or pound was based around the value of gold.
A value that could change overnight so how is this so remarkably different.

In the olden days of Money.

You transfer funds from a bank to a central agency who transfer to a bank to you. Simple. Time a few days
Now you post a ledger to a recipient a Miner creates the transfer for a small fee and the transaction is complete. Time a few minutes

Now back to Blockchain the technology that allows something like an International currency to work.

The growth of Google will come to an end because it relies on its own computing power. Some 80 centres around the world all nearing peak load.

You should learn all about ledgers and miners and end to end security and how Blockchain is like your DNA it can’t be changed.
The point is that it is coming faster than you think.
An example is a post just like this on the net, the post is owned by Google and they can distribute it as they desire without returning income to you. With Blockchain technology, you can own the data and distribute it for value when you desire.

This is the first article on this as we all need to understand where it is taking us.

You can learn more at The Wealthy Affiliate who provide free internet training for everyone.

Blockchain and your business by Peter Hanley

What is Affiliate Marketing Online