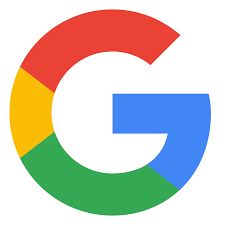 It seems like yesterday when there was no Google but it also seems like it has been with us forever. here Peter Hanley looks at how old is Google?

It was way back in September of 1998 when google.com was first launched as a project to the public.

Born from an idea by Sean Page and Sergey Brin a couple of Stanford PhD nerds that google was initially a university site.
Interestingly it was not the first nor the last but it has certainly claimed the top spot.
The first was called Archie and the product of Alam Emtar of Mc Gill Uni in Montreal some 10 years prior in 1990.

Other interesting bits are they bought YouTube and a couple of non-starters in 2006 for a reported 1.65 Billion in stock so they were pretty cashed up by then

Google plus has been a hit and miss project and Youtube was run as a separate company so it is a situation of staying with what you do well and do it well. With an exception in owning the Android operating system.

So 21 years later Google is a household name following the Verb to Google first used in 2002 in the Movie Buffy and the Vampire Killer. It now probably one of the best-known phrases used.

What would we do without Google?

How many times a day do we look up something we really need the answer to that before was Impossible.

What did we do with the Encyclopedias that came every year and lined a wall with volumes of Solid covered reading?

What amuses me is that some people have to immediately jump to google when there is any doubt in a discussion. I don’t care how much an elephant weighs I only care that they are big.

Searching is not always correct. When I started this post I searched early Google and found many dates wrongly presented. I had to go to the higher authority to confirm them for my post. Wikipedia

Now, what with Google home we can even talk to our Google assistant and get the feedback we need.

This thirst for knowledge has taken over with the need for instant feedback. An answer to any question in seconds so Quiz nights have to ban phones.

Not quite so old is Wealthy Affiliate a site set up to train you on everything internet.
Like Google it is free so you can get instant answers to many questions.