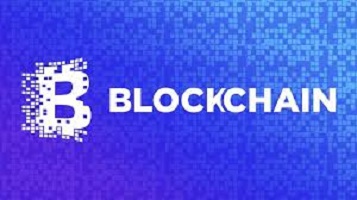 Here Peter Hanley explains more on Blockchain info and some basics everyone in business or on the internet needs to learn and understand.

A series of Blocks of information ( called ledgers) that link together with security encryption.
They are then distributed across the whole network instead of residing in one place (think Google)

Originally established to support Bitcoin management and distribution By a fictional person named  Satoshi Nakamoto. Who or what he is will never be known other than he is credited with this new age network.

The concept behind blockchain is not new. Bitcoin, however, wanted to move money around with total security plus avoiding the banks and all the middleman fees.  Faster, cheaper and more secure.

No expert on Blockchain

First of all, I am not posing as an expert on this.  With any new technology, you will get a variety of information, some good and some bad so where to start.
Let’s start with the banks. They may lose a bundle of money if Blockchain moves quickly into their field. Will they take a negative stance on this or encompass it with Joy. The loss of many billions in income may give them a myopic version of the technology.
Business World Magazine recently considered Blockchain as a potential Scam and took a wait and see approach.

A whole host of industries could be wiped out if Blockchain takes over so we will be ambushed by doubters.
Yes, I will agree that some work needs to be done on the concept but the advances are coming so fast that it is changing daily.

Lots of companies are now developing the blockchain and one of the main ones is Etherium a Swiss-owned company and second biggest in the US exchange. They provide the technology to others to build a business around this new dynamic.
One of the downsides to Etherium is currently the limit on transaction capacity. They can only provide  3-5 transactions per second and need to ramp up the rate very quickly. Then you have, for example, a Singapore based entry titled Tron who are currently achieving thousands of transactions per second.
I state this just to provide some background on what is being achieved in advancing technology in the space of just a couple of years.

The changing model of Blockchain

The original Bitcoin model had no real owners as it was shared across all users of the network. Etherium changed that to a company model so you now have a choice.

Why the Blockchain model works

The big difference is that with a company like Google, the biggest in the information space, all information resides on the Google Web hubs. Massive storage devises spread around the world storing all your data and being shared as Googe desire.
Blockchain, however, is stored on the computers of users in the network and encrypted so you alone can authorise the use or transaction of your data.

Who will use Blockchain?

The list is extensive and starts of course with financial transactions. Bitcoins and all sorts of new financials.
The health industry will take this up very quickly along with Real Estate,
In fact, the Chinese are investing in research to move the e-commerce market forward using the technology. Music and Video distribution, legal, food, communications (Vodafone), crowdfunding and the list will go on and on.

Blockchain info is important because it is coming so you need a basic understanding for when opportunities present themselves and you will be ready and armed with sufficient information to make an informed decision.

I have listened to Warren Buffet knock the idea then to George Gilder talk it up.
This youtube video is really worth a look.
There is a lot of opinions out there but I consider the flaws in our current system and the benefits that Blockchain adds and I say this is a winner.

Blockchain info a must know

How to overcome the fear of failure in business